Slabdragger Make Their Way Back

Slabdragger Make Their Way Back

The album titled ‘Rise of the Dawncrusher’  sees the band back to where they belong after a series of difficulties involving drummer changes, recording problems, cancelled tours and far more serious issues involving collapsed lungs and other personal problems. 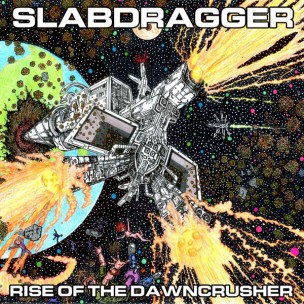 With the new album containing five tracks that are epic in scope and packed full of doom, stoner and sludge rock that reaches the one hour mark, the ‘Rise of the Dawncrusher’ is given the theme of a sci-fi adventure and therefore fitting of its lengthy musical output.

With the album having been recorded and mixed at The Cro’s Nest Studio by the band’s very own Sam Thredder, and mastered by Steve Austin of Today Is The Day, and with artwork by comic artist and writer Jimmy Pearson, ‘Rise of the Dawncrusher’ looks set to be a very promising record indeed.